There are some 36 million people still living in slavery according to the report of the Walk Free Foundation (2015). The Hungarian Anthropolis Association launched an international project supported by the Norway Grant to research the phenomenon and realize awareness raising campaigns related to the results. The flash mob actions, as a part of the project, were conducted during December 2015 and located directly next to busy Christmas markets of four Hungarian cities. Participants (the „slaves“) applied as volunteers from the cities the performance took place, only the „sales man“ role was played by a professional actor using a text earlier composed. 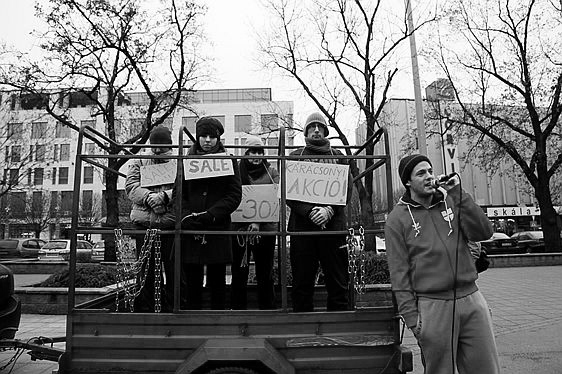 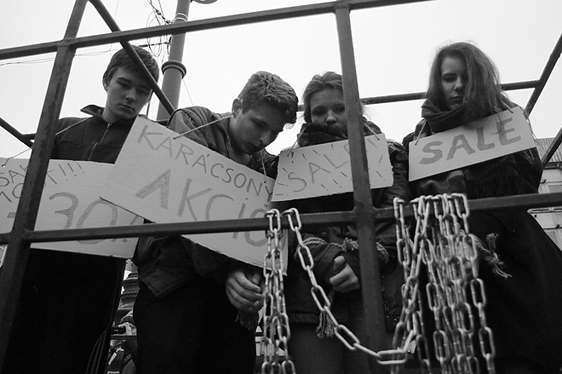 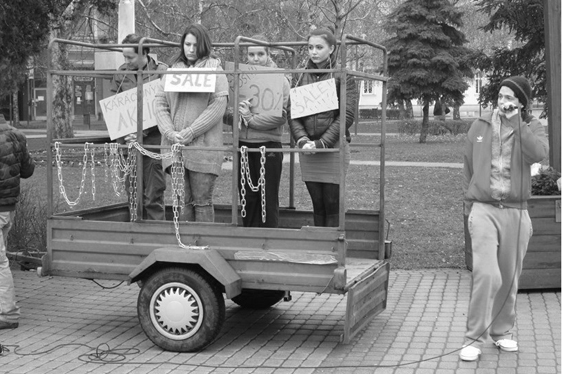